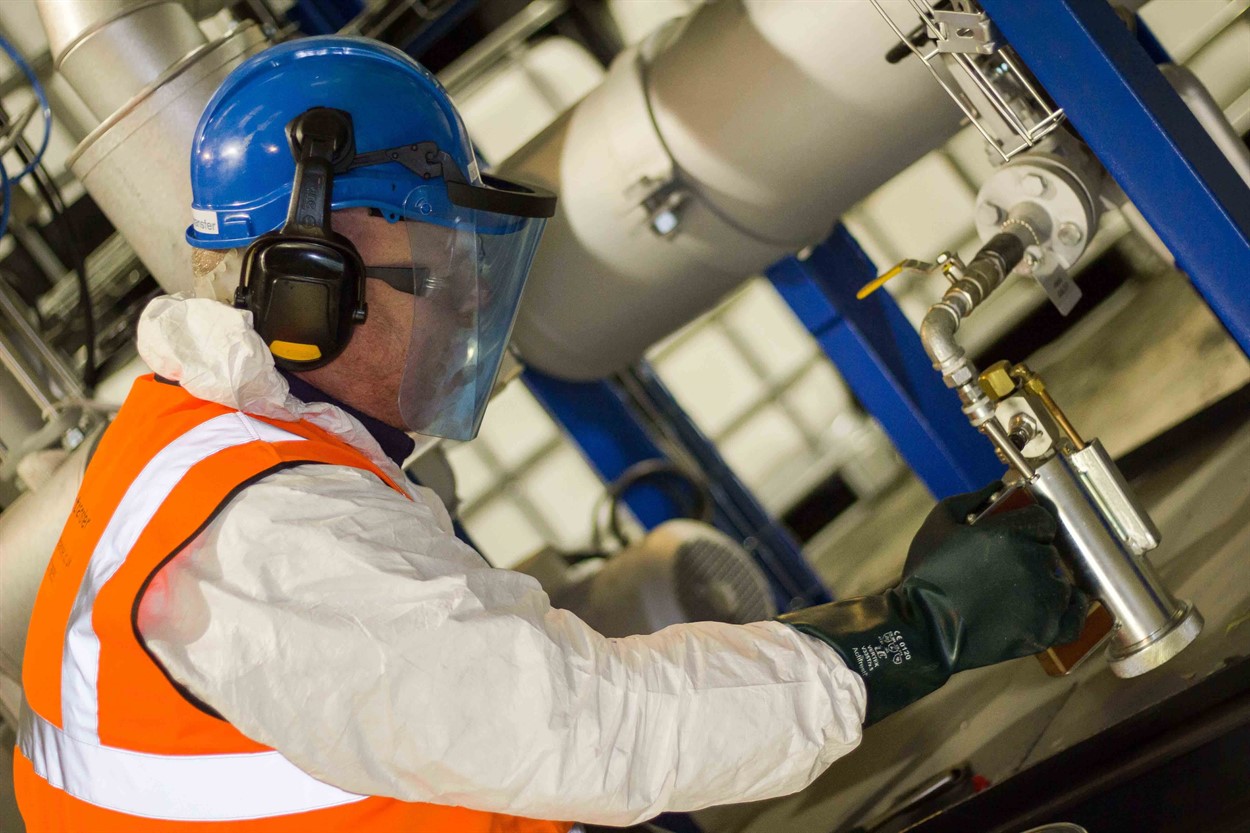 Thermal fluids are used in a variety of sectors including manufacturing pharmaceuticals, cosmetics, textiles, petrochemicals and food. If a pump can be said to be the heart of industry and a control system the brain, then we could argue that thermal fluids are industry’s circulatory system. Here, Clive Jones, managing director of Global Heat Transfer describes best practice and the health warnings that can help diagnose problems with heat transfer systems and thermal fluids.

Heat Transfer fluid maintenance and analysis are essential operations that need to be conducted periodically. Unfortunately, many plant managers don’t realise that there is a problem until the system is clogged up, shows a low flash point and is draining resources from the company.

A textile manufacturing company recently asked Global Heat Transfer to conduct some tests and analyse their heat transfer fluid. Although the fluid had just been changed, the system was acting in an abnormal way and the operations team couldn’t understand where the fault was. Reduced flow rates and a high content of sludge were the main issues occurring time and again.

Although it seemed that all maintenance procedures were followed appropriately, in just six months the system decayed so badly that sludge had to be manually removed twice a week.

This meant that, after the sludge was taken out of the filters, the 4000 litre system had to be topped up with 400 litre of fresh heat transfer fluid. Depending on the type and volume required, heat transfer fluid replacements can become a huge financial burden on maintenance budgets.

All of these strenuous maintenance procedures and the constant topping up with fluid created extra expenditure, downtime and made the system ineffective.  The operations team decided that something had to be done and the problem needed to be remedied without delay.

A sample of the fluid was taken and tested using an independent laboratory. Global Heat Transfer’s analysis of the results revealed abnormally high amounts of carbon residue. A normal system should only have 0.02 percent carbon residue, whereas the sample was in excess of 3.4 percent. This was more than 170 times higher than the recommended amount.

Dangerously, the flash point temperature was as low as 146 degrees Celsius which is close to the 100 degree Celsius condemnable limit of many thermal fluids. In ideal circumstances, the system should have been able to withstand flash points as high as 260 degrees Celsius. This put the safety of people and the site overall at serious risk, as the plant was more likely to ignite in hazardous conditions such as a fluid leak.

Carbon residue and the open flash point temperature had changed significantly and were at serious levels. Because of this, the sludge became thicker and harder to remove as time passed. Furthermore, ignition hazard was much higher than safe recommended levels.

Carbon residue, also known as coke, is a clear indicator of system and fluid ageing. It is normally weighed and represented as a percentage of the original amount of oil. The compound is the result of a process where high molecular mixtures transform into coke-like deposits.

High amounts of carbon in a heat transfer system can lead to fouling. This means that, over time, carbon deposits bake inside pipework. At this stage, maintenance activities are relatively easy to conduct, as the carbon is still soft and can be flushed by using thermal cleaning products, such as the Globaltherm C1 cleaning and flushing fluid. Ideally, action should be taken when the carbon residue level is somewhere between 0.75 and 1.00 percent of total fluid weight.

In the textiles manufacturing plant, the carbon deposits were three and a half times higher than this level. In such situations, the carbon is already hardened and cannot be easily flushed. Carbon deposits act as an insulator and thus the entire system significantly loses thermal efficiency and more energy is needed to heat it up.

Because of the increased temperature in the system, the fluid was showing signs of serious thermal cracking and significant thermal oxidation. The tests showed a total acid number (TAN) of 0.54, which is high and, in conjunction with the accelerated carbon production, it leads to carbon residue in excess of three per cent. Furthermore, thermal cracking also decreases the flash point temperature which can be dangerous for human operators.

In situations like this, it is best to take immediate remedial action. The company in question was advised to drain the system of heat transfer fluid and then clean the pipework in order to remove all carbon debris, acids and flammable by-products.

But as explained earlier, in more severe cases where carbon is hardened or baked onto the system, a simple flushing procedure is not enough. A more aggressive type of cleaner is needed and once flushing is completed, a second safety flushing must take place. This is to ensure that there are no remaining cleaning products that can later react with the virgin heat transfer fluid.

The moral of the story is that thermal fluid maintenance should be a priority for manufacturers in order to maintain optimum safety levels and production efficiency.

In addition, by caring for heat transfer fluids and the health of the overall system, plant managers can save money on pipework maintenance, cleaning products and new heat transfer fluids. Furthermore, proactive management including dilution, filtration and light ends removal will send savings straight to the bottom line in decreased energy bills. Regular sample analysis and staff training will ensure regulatory compliance and health and safety requirements are met.

Ideally, any plant using heat transfer fluids should create a robust maintenance plan that contains regular system flushing, fluid top-ups and careful flash point management. So if you want to keep your circulatory system healthy, make sure you do regular checks on thermal fluids and heat transfer systems as often as is appropriate.

Get A Quote Request MSDS