Heat transfer is necessary in chemical processes where direct heating by a naked flame is not feasible. Historically steam was the preferred method; its main advantage being the low cost of water 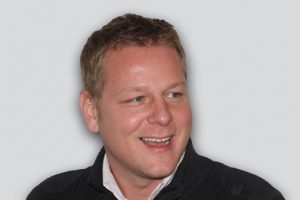 The perceived absence of environmental issues of steam is relative as it does present an environmental issue in the modern workplace. Modern HTFs are safer and less problematic if HTF systems are designed properly and are far superior to steam in that they do not require high system pressures to achieve the high temperatures used in present day manufacturing. In contrast to steam, the superiority of HTF under non-pressurised conditions means that the temperature range is more than three times that achieved with steam (i.e., -20 to >300°C for HTFversus 0 to 100°C for steam).

Steam therefore requires a very high operating pressure. For example, where a HTFsystem will operate at atmospheric pressure up to 300°C, with steam it would require a pressure of 85 bars or 8,500kPa. With atmospheric pressure at 101.325kPa, this is significant as it represents an 84-fold increase in pressure. One would also need to address the attendant regulations with which compliance is needed that are subject to external audit, as well as safety measures that are essential to mitigate the potential adverse effects that may results from the use of very high pressures.

In some countries regulations dictate that a suitably qualified person needs to continuously monitor and maintain the steam heat transfer operations, which creates an additional maintenance burden compared with the use of HTF systems. Another key difference is that HTF systems are simple in that they require only a pump, an expansion and storage tank and heat exchangers. Using HTFs helps to minimise corrosion, scaling, fouling, and deposits in heat transfer areas.

For example, Globaltherm M is a highly refined, mineral-oil based HTF intended for continuous service and high performance with a typical operating temperature between -10 and 320°C. It provides proven performance and is suitable for use in all kinds of industrial processes, such as the chemical processing sector. Made from highly refined base stocks, Globaltherm M thermal fluid has excellent thermal andoxidation stability, allowing operation at high temperatures for extended periods at normal atmospheric pressure. Good thermal conductivity and low viscosity at the relevant operating temperatures ensure high heat transfer rates which means it requires less pumping energy compared to steam.

Globaltherm M provides low vapour pressures at elevated temperatures, greatly reduces evaporation, vapour lock and cavitation, eliminating the need for high pressure piping and equipment. Used fluid may be disposed of through a number of environmentally acceptable methods, such as used oil recycling.

Certain processes may require even higher temperatures – up to 400°C, notably PET and plastics production and chemical industries. Globaltherm Omnitech HTF permits performance at high temperatures owing to its operational range extending from 12 to 400°C in liquid phase systems and 257 to 400°C in vapour phase systems. Furthermore, Globaltherm Omnitech HTF is dual acting, working to provide a thermally stable environment for dependable performance and it has a low viscosity for efficient performance.

Globaltherm Omnitech is widely used in solar plants. Indeed, its eutectic mixture of diphenyl oxide and biphenyl gives this heat transfer fluid the flexibility to perform in both vapour and liquid phases. It is miscible and can be used interchangeably for top-up or design purposes with other similar HTFs. The operational range of Globaltherm Omnitech means that in colder climates it may require tracing due to its crystallisation point.

In some pharmaceutical sectors, as well as in the food processing industries of course, food grade HTF may be required and Globaltherm FG is a NSF HT1 accredited food grade HTF. It is a pure, non-fouling and non-toxic high temperature food grade HTF which helps to promote longer life in addition to offering an operating temperature range between -20 to 326°C.

A highly efficient, food grade HTF that is safe for incidental food contact in pharmaceutical facilities and food processing plants, Globaltherm FG is made from severely hydro-treated base stocks, with outstanding thermal oxidation stability allowing operation at high temperatures for extended periods. It is non-hazardous, water white and odourless.

FG is a mixture of pure HT hydrocracked base oils, and because it is non-hazardous, non-toxic and odourless it requires no special handling and is not considered a ‘controlled substance’ under the United States OSHA, Canadian WHMIS or other work place regulations.

Unlike steam, HTFs also find use in applications where the temperatures reach below 0°C, for example at sites where power is occasionally shut down during the winter or during the Christmas period. Systems containing HTFs, such as Globaltherm FG, are not prone to burst pipes or other such failures resulting from fluid freezing like water is, unless the water contains anti-freeze, which would make it unsuitable for steam heat transfer.

Globaltherm EG is a water-based refrigerant anti-freeze based on ethylene glycol and is easy to pump at temperatures as low as -28°C. It is non-corrosive and non-destructive to the pipes and components in a system and is extensively used in industry.

It provides freeze and burst protection to as low as -60°C, depending on concentration. It is not recommended for use with food (either directly or indirectly) and should be used as antifreeze in processes like cooling, refrigeration and air conditioning, where direct contact with humans is limited or restricted.

Globaltherm EG has a lower viscosity than Globaltherm Propylene Glycol (PG) which means it has the advantage of being easier to pump at low temperatures. However, Globaltherm PG is generally regarded as being safe in contact with humans, with an operating temperature between -18 and 135°C. It is used as an anti-freeze in thermal fluid systems and is generally recognised as safe by the US Food and Drug Administration (FDA) for use as a direct and indirect food additive under its prescribed conditions.

Globaltherm PG provides effective freeze/burst protection to -60°C, depending on concentration, while providing efficient heat transfer over a broad range of temperatures. It is generally regarded as being safe due to its low toxicity, and is non-corrosive and non-destructive to the pipes and components in a system. Globaltherm PG, and the whole coolant range, is BS 6580:2010 certified with proven inhibition against corrosion and scaling in pipes and systems.

Global Heat Transfer has operated in the HTF sector for the last 20 years and is well qualified to manage the heat transfer process for customers to help them comply with the requirements of the Dangerous Substances and Explosive Atmospheres Regulations (DSEAR) of 2002 and ATEX.

The annual sampling of HTFs is a minimal requirement to demonstrate compliance with DSEAR. Indeed, clients need to be able to show that they are proactively managing the flash point of their HTFs and, more importantly, in control of the flash point. By definition, a single snapshot analysis will indicate the current status of an HTF, but repeat sampling offers the potential to detect any short-term changes in the status of an HTF or as a means of predicting the future degradation of an HTF. This is important as the currentsampling regime offered by Global Heat Transfer assesses the carbon level and total acid number (TAN) of an HTF, so it is also possible to determine the thermal degradative and oxidative status. Hence, more frequent sampling of HTFs offers many benefits to the client that range from planning budgets for HTF maintenance, actually planning maintenance at the most convenient time to the client and simply sustaining the life of the HTF in operation.

One common problem with water and steam systems is corrosion, so costly stainless steel may be needed for piping. In contrast, HTFs are designed to avoid this by resisting oxidation, operating at high temperature with precision (to within ±0.8°C) and control (to the temperature actually designed for the HTFs optimal use).

Steam systems rely on the generation of steam to drive pressure and ultimately temperature. With this dependence on delicate pressure balance, accuracy is generally limited to swings of ±6ºC or so at best. This value may also increase as the system ages and corrosion takes its toll.

Uniformity of heating can also be a problem due to varying rates of condensation and condensate removal in the heat user. In comparison, thermal fluid systems can have an average temperature control of ±0.8 ºC (i.e., a precision of 99.8% at a temperature of 400 ºC). This precision is accomplished by the efficient metering and mixing of cooler return fluid with warmer fluid from the supply line.

A report titled ‘Technical Investigation into Thermal Oil Technology’ was published in March 2010 by Northern Innovation. The organisation was retained by Invest Northern Ireland to undertake a study on the commercial application of HTF technologies in industry.

The report discusses the combined use of steam and HTF, using HTF to drive a steam system, introducing more flexibility and reducing the maintenance cost. The report also discusses the environmental impact of steam systems because the treated water cannot subsequently be flushed down a sewer – it has to be disposed of correctly. The same applies to HTF disposal, which needs to be undertaken by a qualified company or organisation for those industries contemplating a switch from steam to HTF.

Outsourcing this process to a professional organisation such as Global Heat Transfer will help ensure compliance with current legislation for insurance purposes. The safest way to comply with current DSEARregulations is by getting a professional company to do a number of checks on the oil currently used. Global Heat Transfer conducts 11 individual tests and thermal fluid samples are routinely collected at their operating temperature when the fluid is hot and circulating.

However, the HTF would not be disposed of until a report had come in on its condition. Older oil will naturally be more glutinous, so making sure that the sample is taken under normal operating conditions with the system running and at the required temperature will make for a better reading, ensuring the usual turbulent flow is taking place. Sampling has to reflect in situ conditions and operation. There is a substantial difference in the consistency between samples at working temperature and dormant samples, affecting the way the fuel-like light fractions mix.