A superior high performance energy efficient heat transfer fluid suitable for use in all kinds of industrial processes.

Used fluid may be disposed of through a number of environmentally acceptable methods such as used oil recycling or heavy fuels burning. 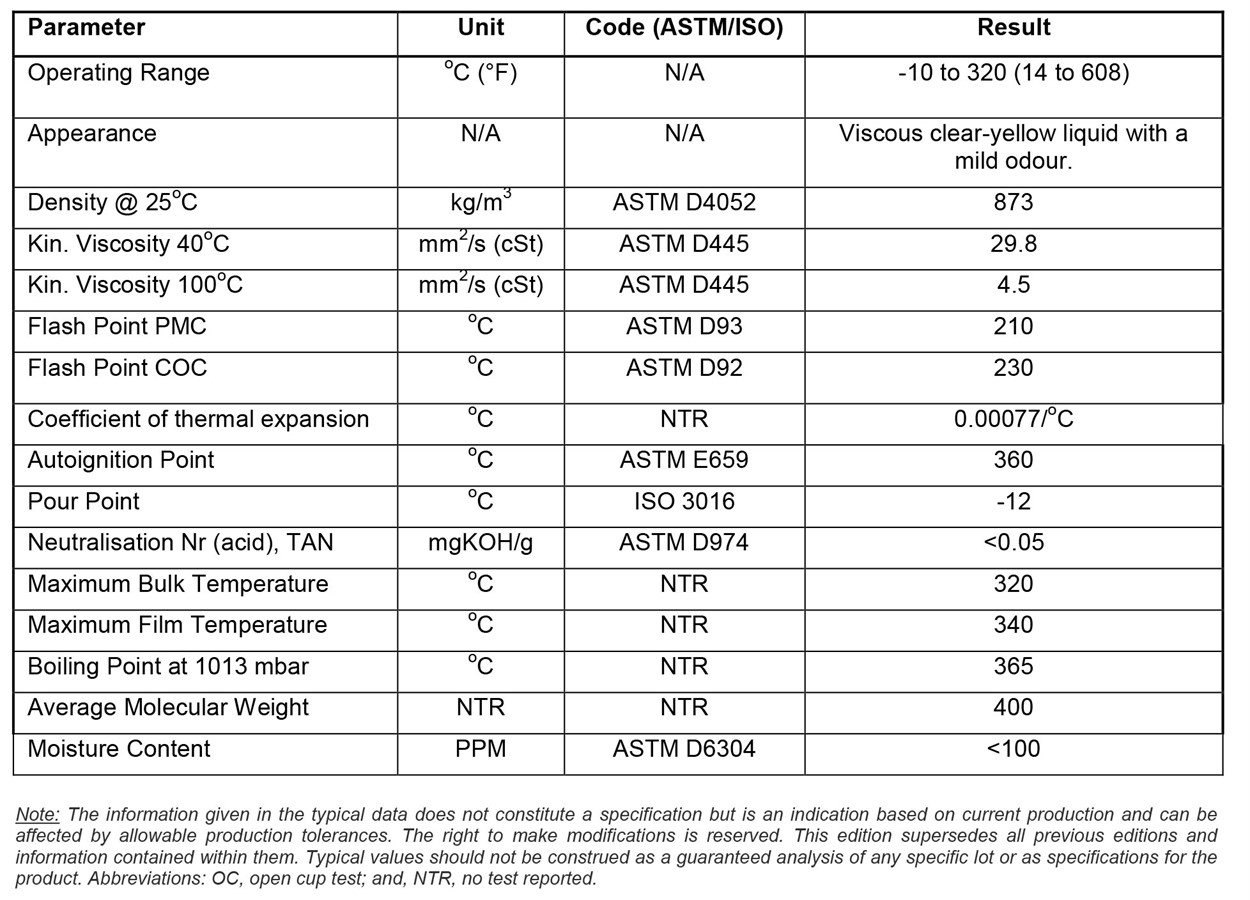 Contact us for more information on high temperature thermal oils

We provide advice on how to choose the most appropriate oil for your heat transfer applications and provide our customers with continued technical support.

Talk to us about our all-inclusive reprocessing services.

Contact us for more information on high temperature thermal oils

We provide advice on how to choose the most appropriate oil for your heat transfer applications and provide our customers with continued technical support.

Thermal fluids find the most diverse applications in ships, from maintaining the temperature of heavy fuel oils and heating liquid cargo to providing a variety of heating services in the engine room and accommodation areas.

Oil-based heat transfer systems have replaced traditional steam or water-based ones, since they operate at a much lower pressure, minimising safety hazards. They also offer higher efficiency, virtually eliminating corrosion and freezing problems, and reduce maintenance and installation costs. These characteristics make them suitable for smaller vessels as well as large ships.

Global Heat Transfer is a key supplier supporting the rapid growth of thermal fluid use in marine applications worldwide and has the capacity to deliver high volumes of thermal fluid at short notice.

Marine applications need heat transfer fluids that can perform at the required temperatures for prolonged periods. All heat transfer oils tend to degrade over time, and the rate of degradation increases when the operational temperature exceeds that of the oil’s recommended use.

At high temperatures, the bonds between hydrocarbon chains start to break. The result is the production of carbon in a process called fouling. As the carbon concentration in the fluid increases, it deposits as a sludge into the pipes, reducing the efficiency of the heat transfer system. If action is not taken, this sludge can obstruct the pipes and lead to serious safety hazards.

It’s important to choose a thermal fluid with a high thermal stability, which can better resist high temperatures and occasional temperature peaks. This can slow down degradation, preventing the formation of sludge.

Degradation also contributes in reducing the fluid’s flash point, which is the temperature at which the vapours produced by a fluid will ignite in the presence of an ignition source. When an HTF degrades, its molecules decompose to low boiling fractions known as light ends, resulting in reduced flash and fire points.

As a consequence, it’s important to choose a heat transfer fluid with a high flash point, as in hard-to-monitor applications such as large vessels, it’s essential to minimise the risk of fire.

Additionally, the Heat Transfer Fluid Sample Kit can be very useful for vessels in remote locations at sea, which might be hard to reach for a maintenance engineer. The kit provides everything you need to draw a live, hot representative fluid sample in preparation for accurate analysis, including labelled containers to return the fluid to our lab. After the analysis, a member of our technical team will contact you to discuss the results and advise you on the next steps. The Heat Transfer Sample Kit can be supplied as part of your Thermocare program.

The DSEAR and ATEX regulations are concerned with protecting workers against risks from fire, explosion and similar events arising from dangerous substances present in the workplace, including thermal fluids.  These regulations apply to every industry that uses heat transfer systems, and employers in the marine industry must also adhere to them.

At Global Heat Transfer, we take regulatory compliance seriously. We always aim to ensure that our team and our customers are aware of and comply with relevant laws, and regularly research and analyse specification, policy, standard and law in relation to thermal fluid and thermal fluid management.

Have you got more questions about heat transfer fluids for marine applications?